October is a fitting time for this blog post – it’s officially “Spooky Season” (AKA Halloween), so let’s talk about one of the scariest things that can happen to a Taxpayer when dealing with an IRS debt – an IRS Wage Garnishment.  In addition to putting the Taxpayer’s employer on notice that they owe the IRS, it also puts the Taxpayer in a tough financial situation.  Here are the basics about what an IRS Wage Garnishment looks like and what Taxpayers should do to avoid this happening to them.

When a Taxpayer owes money to the IRS (either from an original return filed, an audit or adjustment made by the IRS, or from a Substitute for Return filed by the IRS on behalf of the Taxpayer), the IRS will typically send the Taxpayer into Notice Status and then Collections Status.

It is important that the Taxpayer does NOT ignore the IRS notices that come in response to a balance owed.  This is how many Taxpayers find themselves under wage garnishment or other collection activity such as bank levy or property seizure.  It’s important to always read, respond to, react to, and keep a copy of all IRS notices.

The CP14 notice is typically the first IRS notice re: an amount due.  These are often followed by CP501/CP502 notices, CP503 notices, a CP504 notice (this notice usually arrives certified and is typically the last notice the IRS will issue before issuing a Final Notice of Intent to Levy), and then a Final Notice of Intent to Levy (also typically sent certified, the letter number/notice number is generally one of the following: LT11; CP90; LT1058).

30 days after the Final Notice of Intent to Levy has been issued, if no Collection Due Process Appeal is made, the Taxpayer will then be “at risk” for collection activity.  This means that at any point thereafter, the IRS can contact the Taxpayer’s employer with a Wage Garnishment – the IRS does NOT have to send additional notice, even if years pass between the Final Notice of Intent to Levy and the Wage Garnishment.

Unlike a bank levy, a Wage Garnishment is an ongoing thing.  The IRS will seize wages each pay period until the balance is paid in full, a formalized Resolution Request has been submitted, or the IRS otherwise agrees to release the levy.

The Taxpayer’s employer will be sent a Form 668-W to levy an individual’s wages, salary, fees, bonuses, commissions, or other income.  The employer will also receive instructions to calculate the exempt amount and to send the levied proceeds to the IRS.  The employer then has a legal obligation to turn over to the IRS any property owed to the Taxpayer the levy has been issued against.  Employers usually have 1 full pay period after receiving the notice before they are required to send funds.  The Taxpayer’s employer will then typically request that the Taxpayer complete a “Statement of Dependents and Filing Status” and request it be returned within 3 days.  Without this statement, the Employer will calculate the exempt amount as a married-filing-separately with 0 dependents Taxpayer.

Do you owe back taxes?  Are you terrified at the thought of the IRS contacting your employer and garnishing your wages?  Wage levies can be prevented by seeking a formal Resolution from the IRS, and Bryson Law Firm, LLC can help.  Contact our office for a free, initial consultation to learn more. 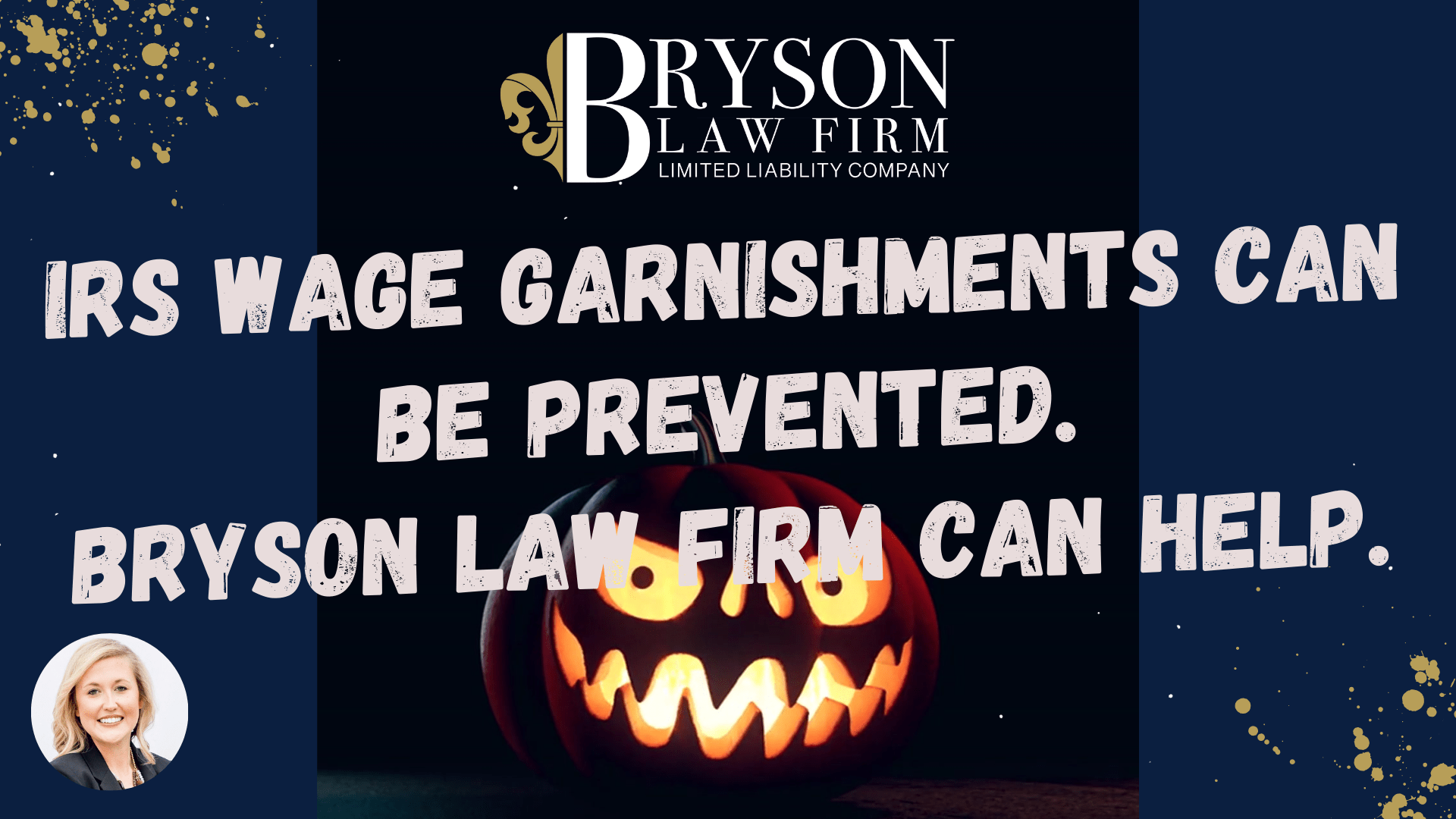