Hart refused to pay taxes between the years of 1996 to 2003, saying he believes the income tax is unfair and a misinterpretation of the constitution.

He has piled up $90,000 in unpaid taxes and penalties. The IRS has filed liens on property rights belonging to Hart, for unpaid balances totaling $257,947.

Hart said on Monday "I think as long as I'm engaged in the process (I'll be all right)," Although he admitted the liens had him worried for his estate and his business, Alpine Engineering.

Hart has paid roughly $104,000 in state and federal taxes since 2006. Although he still believes it's an "inefficient tax". 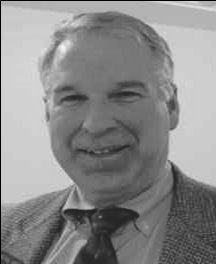 His beliefs have led to working on House Bill 454, to eliminate taxes on wages, salary and investment income and increasing the sales tax.

He said "I would very much like to have a hearing in the next session. I think in this economic environment we're in, whether outside of the fact I have this litigation issue going on, I think we really need to be talking about our tax system."

He sued the IRS in 1996 and stopped paying his taxes, contending that the income tax was unconstitutional. A federal judge ruled against him in 2000, and the U.S. Supreme Court refused to hear the case.

Hart serves on the states' House Revenue and Taxation Committee. Some of his fellow Republicans are concerned that Hart's beliefs may affect his ability to serve in this capacity.

"Ordinary citizens don't have that same opportunity to influence policy that might affect them," says Sen. Mike Jorgenson.